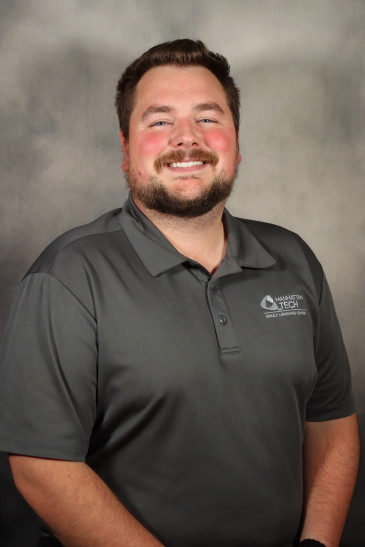 Chris is originally from the South Chicagoland Area(Bolingbrook) in Illinois. Chris started K-State as a Music Education major, then switched to Social Sciences with a minor in Music graduating in 2012. In college, Chris met his wife, Samantha, who now works as the Band Director at Junction City High School.  While in college, Chris worked full-time at a local auto parts store and a local automotive service shop. After a while, Chris realized that an automotive career is fun and rewarding, but his heart was in education. Chris was soon admitted back to K-State as an Academic Advising Master’s student graduating in 2015. During his graduate time, Chris joined USD 383 as a Computer Lab Assistant, then an At-Risk Advisor for the middle schools and finally an advisor/technology instructor at the Adult Learning Center. Chris also volunteers at Junction City High School as their Drumline/Percussion Instructor during the fall semester. Aside from work, Chris is an avid comic book collector and when time allows he restores older/vintage vehicles; his current favorite is his 1979 Triumph Spitfire.